Another ’87 Audi GT in North Carolina

This is an interesting one that has us a bit stumped. As we’ve seen with the last post Audi GT’s aren’t that uncommon, especially in North Carolina for some reason. This 1987 GT has the earlier non-body painted bumpers and sports some very cool 80’s five-ring graphics. What has us puzzled on this one is the all digital instrument panel (see pictures in the post). As there aren’t any wheel flares we don’t surmise this to be an UR-Quattro but without seeing the backend its hard to be sure. The seller claims that its one of three imported for “rally races”. We don’t buy the import figures but every other 80’s Audi that we’ve come across uses standard VDO analog gauges. The engine may need a rebuild soon but for $1500 it may be worth a look. Find it above on Craigslist in Havelock, NC 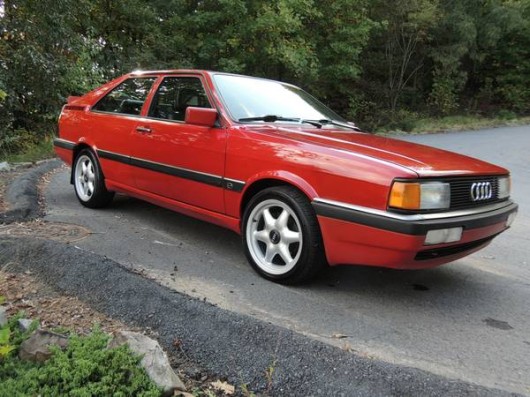 We came across this Audi GT in Black Mountain, North Carolina. While the GT isn’t as desirable as it’s UR-Quattro sibling it none the less looks the part, especially with the latter euro bumpers that this wears. The interior looks near perfect as does the paint and trim. There isn’t a very long description but if you’re in the general vicinity it’d be worth a look. Find it above on Craigslist with an asking price of $4500. 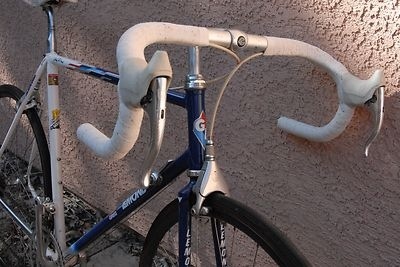 Here is a fully specced 56cm Coors Light Team Edition Lemond found on eBay. For the ’89 season Greg Lemond ride for the ADR Team while in Europe where he won his second Tour de France by an amazing 8 seconds. Back in the US though he raced for the Silver Bullet and here’s the ride to prove it. This Columbus TSX frameset is wearing a period correct full Campagnolo C-Record groupo. The Delta brakes are a work of art which is nice considering they don’t function too well as brakes. You will certainly stand out at the next group ride with this.